In the 2015 Predictions report, Cybersecurity lockdown was the number one ranked accelerator, with pundits forecasting an onslaught of attacks giving rise to new types of security measures, stricter government regulations, and expensive cyberinsurance. After a tumultuous year, cybersecurity has proven to be just as disruptive a threat as anticipated, deeply affecting government agencies, companies, and individuals.

Indeed, high-profile attacks in 2015 captured global headlines, including China’s alleged hack of the U.S. Office of Personnel Management, online currency theft at Irish Airline Ryanair, and the publication of 30 million users’ account information from adult networking site Ashley Madison. The Ashley Madison hack in particular has made cybersecurity more personal than ever, bringing the challenges of online privacy to the forefront of consumers’ minds. The healthcare industry emerged as a leading target for attacks due to the confluence of customer data and underfunded, outdated IT security systems. The industry as a whole experienced 340 percent more security incidents than other industries, while the top five breaches alone resulted in over 100 million records lost.

The breadth and pace of these attacks have business leaders concerned about significant liabilities or even business failures. While aggregate numbers on cybersecurity spending aren’t yet available, trends are clearly upward. J.P. Morgan Chase, a victim of a hack in 2014, recently announced that their cybersecurity budget would double this year, and double again over the next five years. More and more cybersecurity-focused startup companies have jumped into the market to capitalize on increased demand. Cybersecurity startups raised $1.2 billion in venture funding in the first half of 2015, compared to $1.9 billion in all of 2014. In addition to new technologies, companies are rolling out cybersecurity education programs which target some of the weakest points in any security system – the users. They’re investing time and money teaching employees to spot phishing attacks, avoid unknown flash drives and discs, properly control software admin rights, and avoid dangerous links.

The Cybersecurity Act of 2015, recently signed into law by President Obama, gives network operators more leeway to monitor their networks and protect themselves and their users from cyber attacks. Theoretically, companies may now have a much greater ability to monitor their employees to prevent the theft or distribution of sensitive information. The exact legal boundaries of the Cybersecurity Act remain somewhat unclear, but companies will no doubt test the limits as they seek to lock down mission-critical data. Perhaps most worryingly, industry insiders are nearly unanimous in expecting attacks to increase in 2016, creating continued urgency in the war to secure information.

2015 was predicted to be a big year for wearables, with a growing number of offerings and applications propelling the category into the mainstream, thus achieving the number two spot on our 2015 Predictions list. As consumers got more comfortable with wearing fitness bands, watches, smart clothing, and other intelligent devices, 2015 saw strong sales in wearables, a growing number of product options, and increasing interest from enterprises.

Though the dust from the holiday season is still settling, we already know that 2015 was an excellent year for wearables. Global sales surged, with IDC reporting third quarter device shipments of 21.0 million, almost triple the 7.1 million shipped during the same period in 2014. Much of this growth was with devices focusing on health and fitness monitoring, a closely related trend we profiled as our #10 prediction. Among U.S. adults, market penetration for wearables grew to approximately 16.0% in 2015, up from 10.2% in 2014, and is expected to reach 33.6% by 2019. While nowhere near the penetration rates of smartphones, wearables are now mainstream enough to begin attracting attention from advertisers eager to find new ways to reach consumers.

The Apple Watch, expected by many to be the inflection point that took the wearable market from niche to mainstream, has failed so far to capture as much momentum as many pundits expected. The release of Apple Watch iOS 2.0, which allows for native application support and better user experiences, may help boost sales over the next several quarters. Despite Apple Watch’s somewhat lackluster 2015, at least by Apple’s standards, it has moved into second place in wearables market share, behind Fitbit and ahead of Xiaomi, Garmin, XTC (a Chinese vendor), and Samsung. With companies continuing to pump out new devices, the wearables market remains fragmented, and a truly dominant provider, device, or application has yet to surface.

2015 might be looked back on as a year of transition and experimentation in wearables that laid the groundwork for future innovation. While no killer app has emerged, the growing number of individuals and companies experimenting with wearables has created a plethora of opportunities. More than 70 Fortune 500 companies, including Target, Bank of America, and Time Warner distribute Fitbits to their employees as part of an employee wellness program. We expect many more companies to adopt the same strategy, seeking to capitalize both on increased productivity and the ability to gather valuable data about their team members.

At the beginning of 2015, a large number of pundits forecasted that investments in enterprise IT would remain strong through the year, resulting in the #3 rank among our 2015 Predictions.

While IT continues to be critically important to improving organizations’ efficiency and productivity, the amount of money companies invested in IT in 2015 was relatively flat, largely due to the shift from capital spending on IT infrastructure to operational spending in the form of cloud-based applications. Gartner’s recent forecast of 2.5% annual growth in the enterprise IT sector for 2015 (in constant currency terms) reflects this shift, as areas like software as a service (SaaS) and cloud computing can be delivered at a lower cost per unit of value than traditional IT enterprise solutions.

Enterprise software spending is one of the few bright spots in Gartner’s IT forecast, projected to grow 7.5% in 2015 as organizations leverage IT for productivity gains and cost reduction. Funds that once went to building data centers can now be spread across multiple cloud services, reducing the need for significant traditional IT investments.

Security also remains a major focus area, causing some organizations to delay IT build-outs until their systems are adequately protected. According to a Bluebox Security survey, 80 percent of consumers surveyed would stop using an app if its security was compromised. This puts businesses in a precarious position, where one security flaw could mean the loss of a significant percentage of users.

Entering 2015, pundits expected increasing enterprise adoption of cloud solutions would drive tighter competition, lower prices, and cloud-provider industry consolidation. Over the course of last year, we saw the maturity of the cloud services market, the solidification of market leaders, and a rise in hybrid and multi-provider solutions.

In only a few years, cloud computing has gone from relative obscurity to business-as-usual. Cloud adoption for businesses is approaching 100%, meaning nearly all companies have implemented cloud solutions in some part of their organizations. And clouds are no longer seen as a side project – 87% of companies surveyed by Verizon are using cloud for mission-critical workloads, and 69% report that using cloud has enabled them to reengineer business processes. While overall cloud adoption is high, there is still plenty of room for growth within organizations: 84% reported an increase in cloud use since last year, and half of companies said at least 75% of their workloads will be in the cloud by 2018. With cloud proliferating both across and within organizations, companies not aggressively switching over may find themselves at a competitive disadvantage.

2015 also saw a consolidation of market share among leading cloud providers as prices for cloud services continued to fall. Amazon, Microsoft, IBM and Google had more cloud infrastructure revenue together in Q2 2015 than all other providers combined, with 54% market share, up from 41% in Q2 2013. This consolidation has come amid continual price drops in most markets. Though some geographies have seen prices level off, or even tick slightly upward as a result of the strong US Dollar, the overall trend is still downward. Amazon Web services, for instance, has cut prices more than 44 times in the past six years, and Apple, Google, Microsoft and Dropbox have all dropped prices in the past 12-18 months.

Hybrid cloud solutions – the use of both private and public clouds – went even more mainstream in 2015 and show no signs of slowing. Three-quarters of companies surveyed planned to include hybrid cloud in their strategy. Decreasing costs for private cloud servers are responsible for much of this trend. Once the exclusive domain of companies with big IT budgets, private, off-site servers are increasingly being adopted by small and medium size businesses. However, as widespread adoption continues, security remains a major concern for buyers; the Economist Intelligence Unit found in a recent survey that two of the top three fears of executives implementing cloud solutions are loss of customer data and breach of customer privacy.

The Internet-of-Things for businesses, also called the “industrial Internet,” came in at the number five spot in our analysis of 2015 Predictions made by pundits at the beginning of 2015.

The complexity of the machine-to-machine (M2M) network makes it difficult to get an exact figure on how pervasive these technologies are becoming; however, the global IoT market is expected to triple by 2020, reaching an estimated U.S. $1.7 trillion– more than the GDP of Mexico. Vodafone estimates that more than a quarter of businesses worldwide use M2M technologies, and Tata Consultancy Services recently reported that almost “79% of global companies already use IoT technologies to track their customers, products, premises, or supply chains.” Not only are companies rapidly scaling up their use of IoT, but perhaps more importantly, are using the technologies to change the way they do business. Over two-thirds of advanced IoT users report their companies have been transformed fundamentally by IoT solutions.

Major technology and communication infrastructure companies continued to debut new IoT solutions during 2015. As just one example, Amazon, a longtime leader in the cloud services market, is seeking to to break open the use of IoT among businesses of all sizes. They recently launched an extension of Amazon Web Services (AWS) called “AWS IoT,” which allows users to connect devices of all types to the cloud. By pricing the service on a per-block-of-data-sent basis, Amazon has opened up huge new opportunities for businesses previously priced out of setting up their own systems.

Security remains a significant concern for the growing Internet of Things, as any device connected to the Internet becomes a potential entry point for hackers, or in some cases even a physical danger. This point was made in alarming fashion in 2015 when two security researchers remotely took control of and shut down a Jeep Cherokee driving on the highway. The stunt made for a good Wired article and raised concern among consumers, but only skimmed the surface of the potential risks of connected enterprises. Businesses owning hundreds of millions of dollars in connected assets are at risk of losing control of those assets for reasons as seemingly innocuous as out-of-date software. Threats to IoT devices are so pervasive that the FBI recently issued a Public Service Announcement describing IoT risks and defense recommendations. As billions more devices come online over the next few years, the struggle for security will continue to intensify. 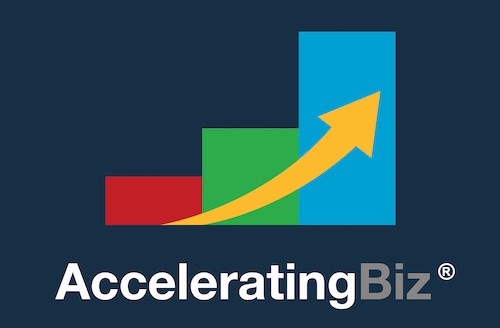